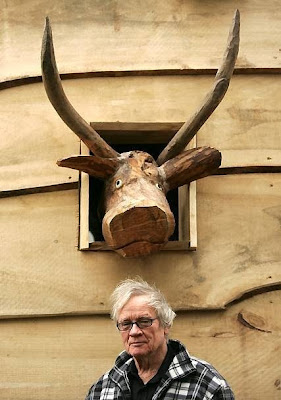 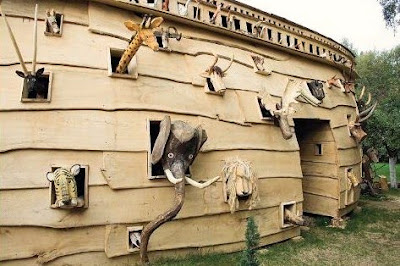 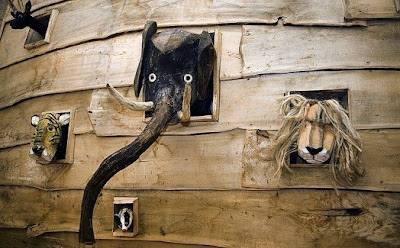 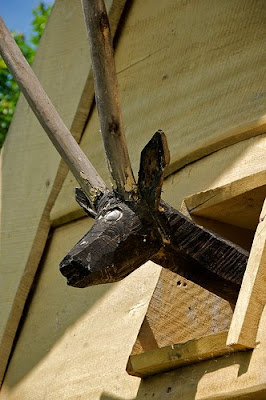 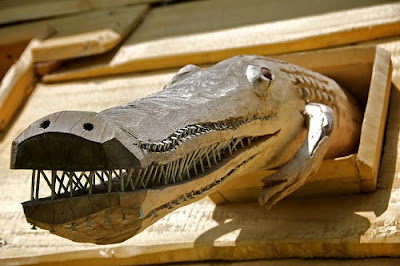 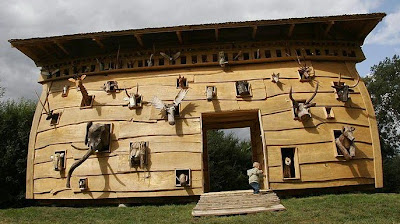 Jozef Wilkon is an illustrator who has spent his life capturing the essence of animals in his drawings and paintings.

Since the 1990's he has also been sculpting animals in wood and metal culminating in this ark which was made for an exhibition in Zacheta. This exhibition evolved through story telling, Jozef would use small clay figures to help explain his stories and make the children laugh, with time these figures became larger and larger until he began sculpting in wood, thick tree trunks were worked into a whole fantastic menagerie.

The ark is now on permanent display in the grounds of the palace at Radziejowice, near Warsaw Poland.