The Temple of Flux 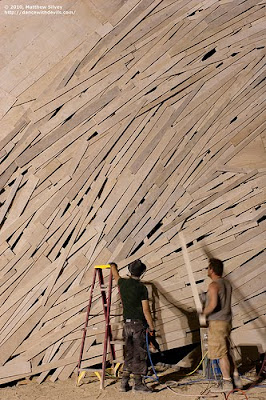 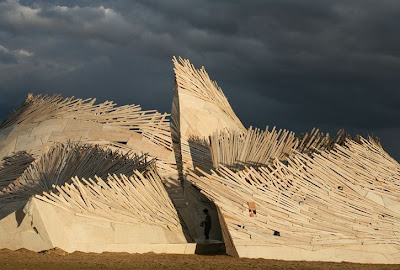 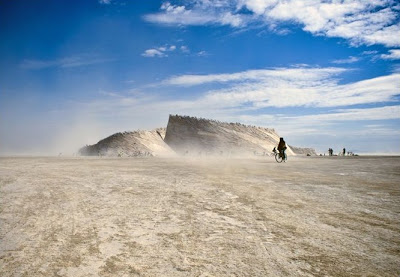 Inspired by canyons formed by the erosion of wind and water over time, The Temple of Flux was constructed in the Black Rock Desert for the Burning Man Festival as a series of five double-curved wall structures. The walls stood in an overlapping, linear layout, allowing access from all sides. Created by the Flux Foundation this project was led by Jessica Hobbs, Rebecca Anders and Peter Kimelman. The Flux Foundation's mission is to engage people in designing and building large scale public art as a catalyst for education, pursuing projects that create and empower communities through public artworks.