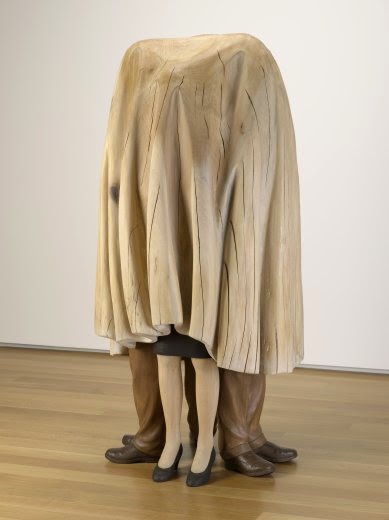 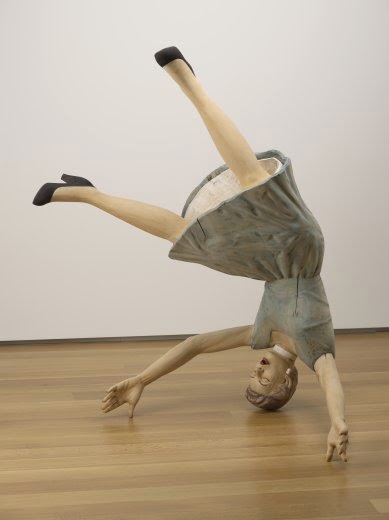 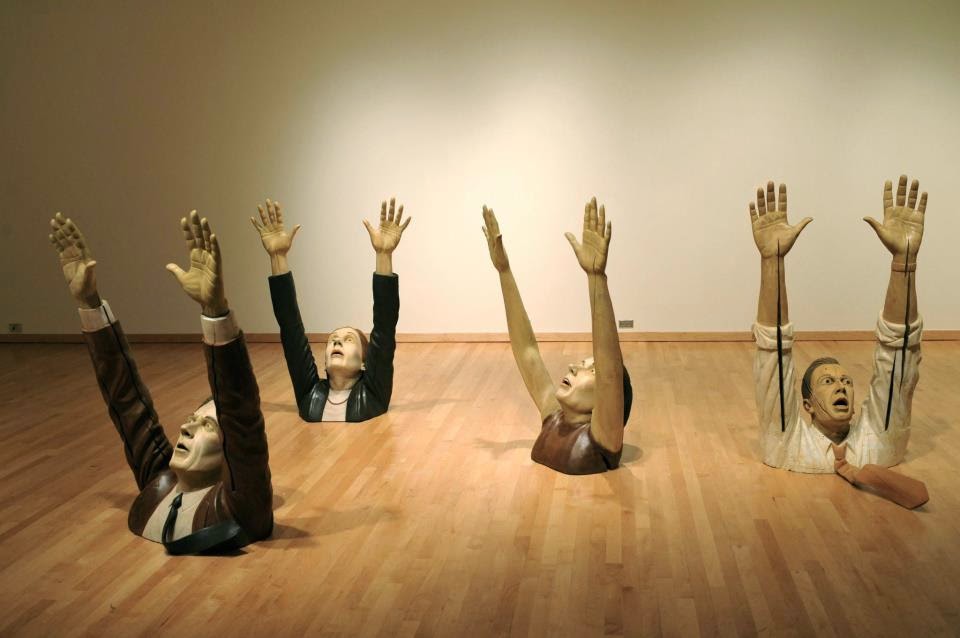 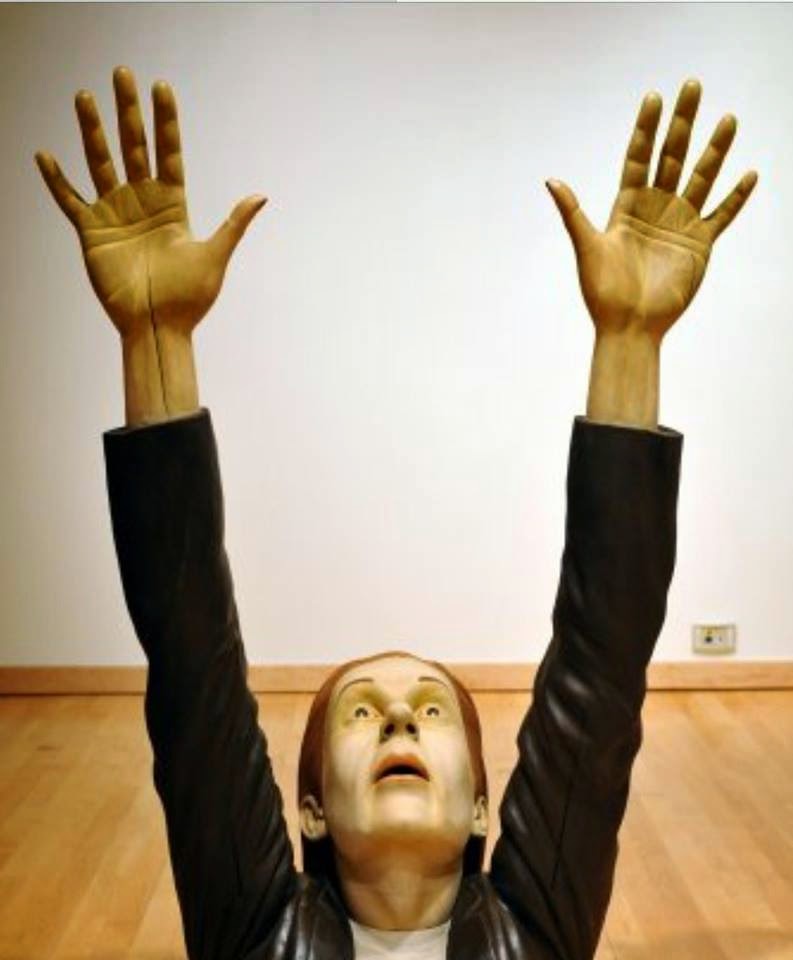 Bob Trotnam's work is disconcerting, not comfortable viewing, his carved figures need to be rescued, caught and saved or sometimes quite the opposite they are the characters of contemporary, corporate, western society, suited, status hungry and ruthless.

"Working mostly in wood, I see my efforts in relation to the vernacular traditions of carved religious figures, ships’ figureheads, and the so-called “show figures” found outside shops in the nineteenth century. However, as a contemporary artist and son of a banker, I want to create installations that suggest an absurdist office-like arena in which we can see, more nakedly than usual, the elaborate posturings of power, privilege, and pretense that secretly, or not so secretly, shape the world we live in.  My point of view is both sympathetic and critical: those with power have much to answer for. If there were such a thing as corporate purgatory, this is what it might look like." Bob Trotman