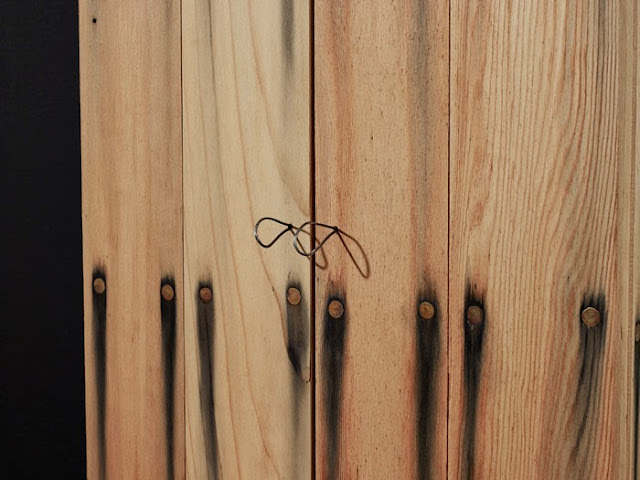 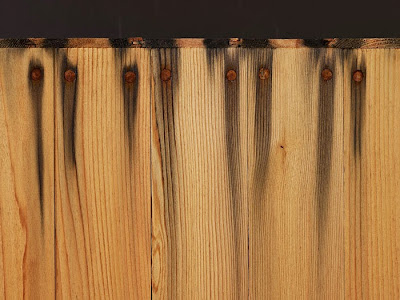 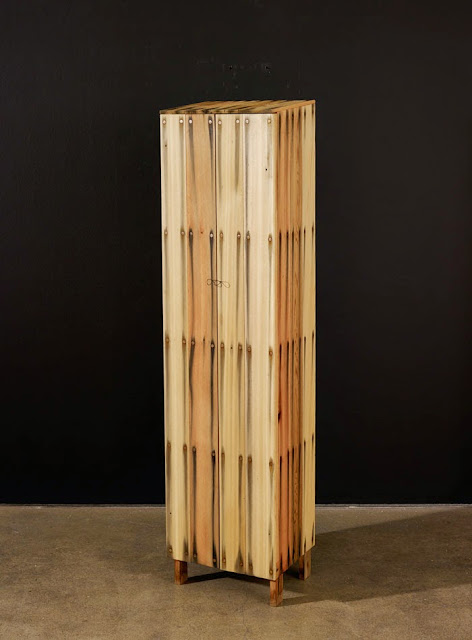 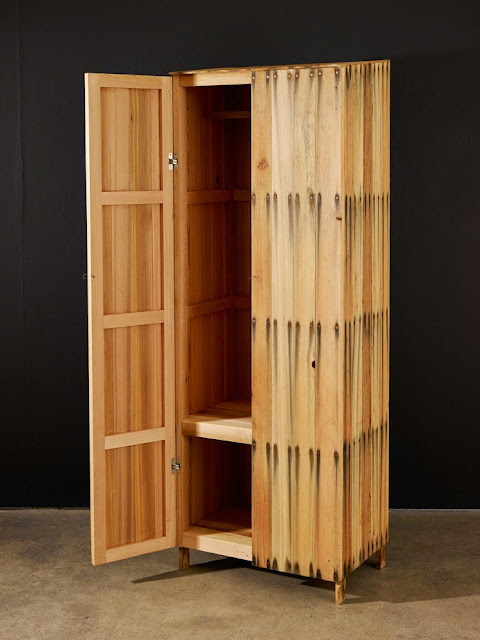 Above is a selection of Peter Marigold's cabinet series called 'Bleed'.


"A collection of cedar cabinets that incorporate a form of ‘localised ebonising’. Although the forms are simplistic blocks, the steel hardware, stripped of its protective zinc coating using acid, reacts with the tannin in the cedar. This produces bleeding patterns on the wood that in turn emphasise the actual complexity of the organic material.
I intended a double meaning in the use of the word 'Bleed'. On the one hand the steel is bleeding into the cedar, but I am also interested in the point at which a regular man made form takes on character, the point at which nature takes a foothold in the things that we create to drag them back down into the mud.The man made becomes mortal again." Peter Marigold

Peter Marigold initially trained in Sculpture and then worked as a set designer before designing furniture he works both to create function and beauty but also to foster questions and dilemmas in his audience/ customers.