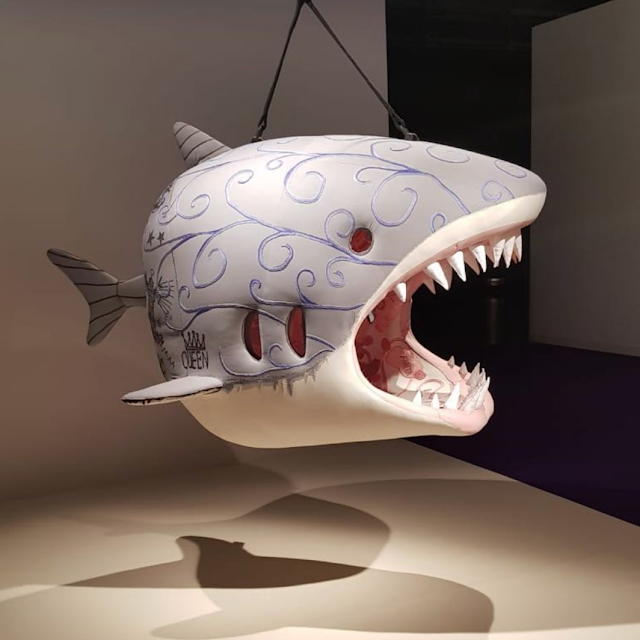 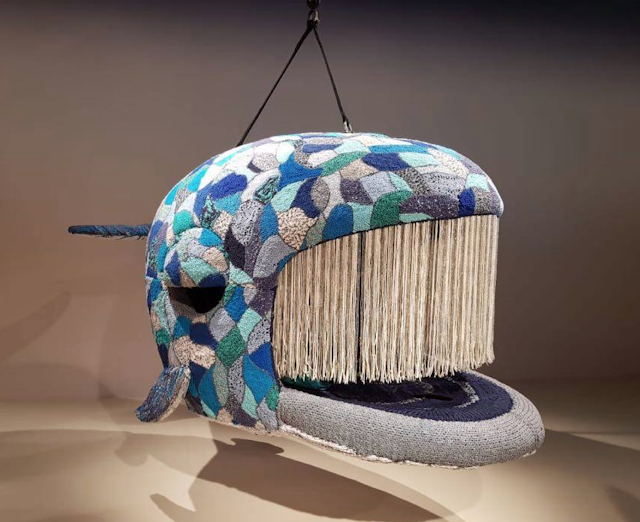 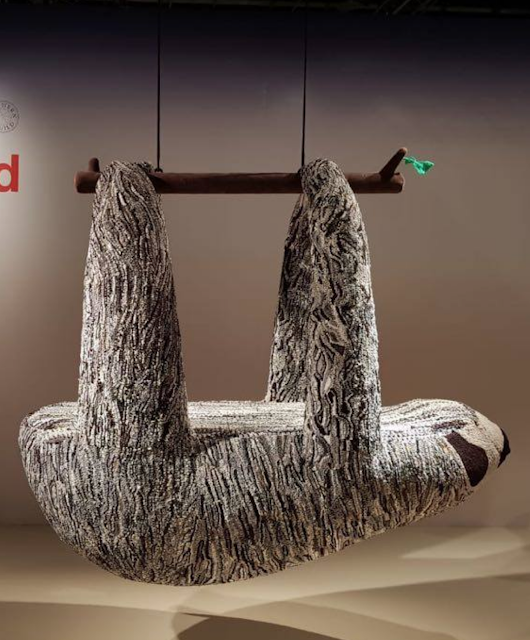 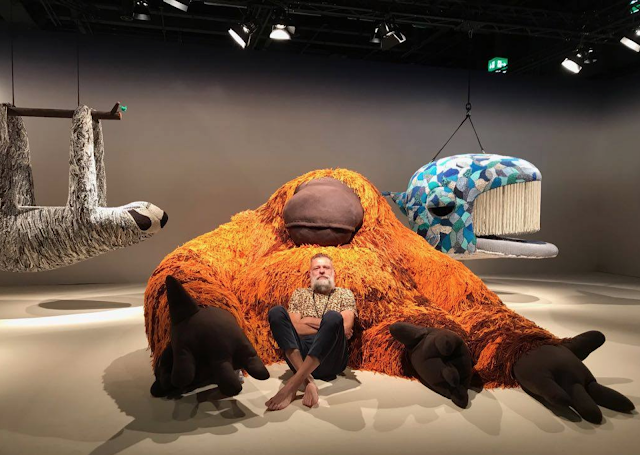 "It's the future of the next generation that I am concerned about and the state of the world they inherit,.Looking after our animals and earth is one thing, but also the preservation of human skills, crafts and traditions.""I think it's important to show what beauty humans are capable of with their hands rather than the destructive mass production that technology is driving the modern consumerist society towards." Porky Hefer 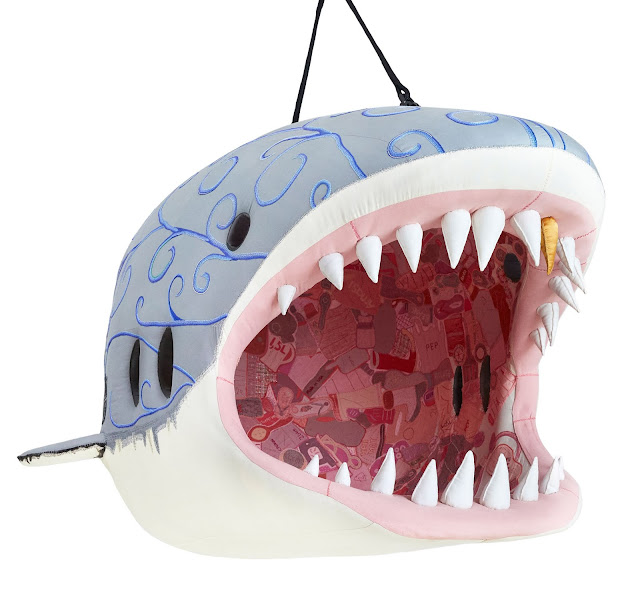 You can see a film about the making of this collection here.
Posted by Hazel Terry at 06:32