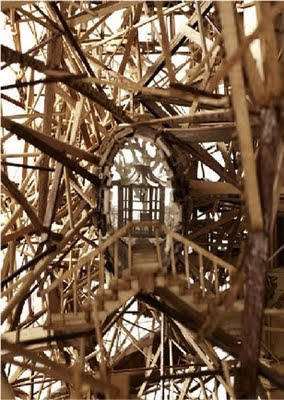 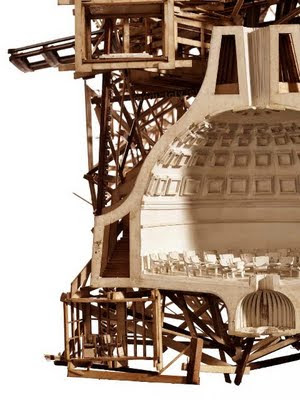 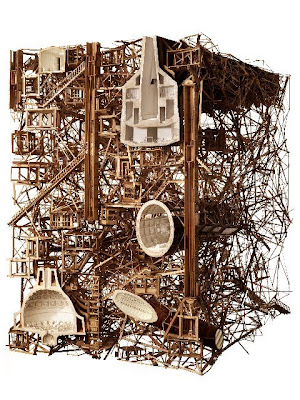 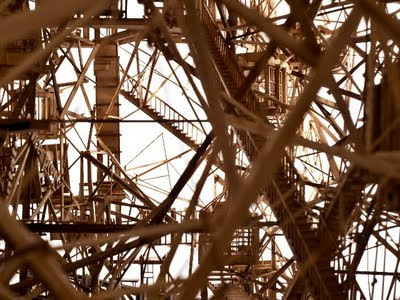 Splinters , dust and dirt 'City of the (Re)Orientated' is an incredibly detailed fracture of urban cityscape created by Ben Clement and Sebastian de la Cour.

'The 'map' has long been useless in a city whose streets are continually reshaped by their walkers, . . . In this anthill of possibilities only the most elastic orientation software can direct the city's inhabitant through its myriad of shifting tangled streets.'

Ben and Sebastian have caught the tangle of human construction, its fragility and wonder. (thanks)